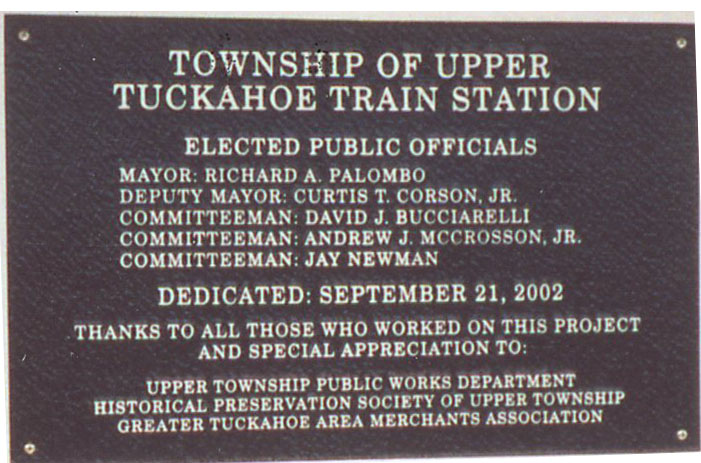 The above photo complements of Doug Powell.

On September 21, 2002, the city of Tuckahoe in Upper Township, Cape May County, dedicated their train station, which is located on the ex-PRSL (now CMSL) Cape May Branch. Beautifully restored, it now awaits the first passenger train from Cape May City since 1981, whenever that might come about...

About a week before this dedication took place, CMSL ran PRR GP9 #7000 up to Winslow Junction on the Beesley Secondary to pick up 3 URHS coaches, which were to be displayed along with the 7000 at the ceremony. The following photos are from the day of the dedication, September 21st.

The following photographs were generously contributed by Doug Powell, who attended the dedication ceremony although I wasn't able to. He has contributed numerous other photographs to SJRail.com, which can be seen in the Beesley Secondary photos section, and the section dedicated to the Ringling Bros. circus train's visit to South Jersey.